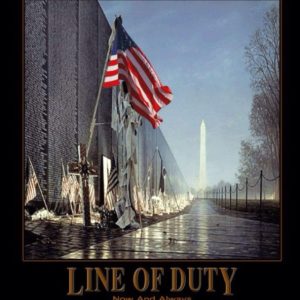 My big brother Bob enlisted at 17 and served our country

in Southeast Asia at the tail end of Vietnam.

Eagerly walking in his shadow, I admired him as tall, broad shouldered, outgoing and bright.   Every kid in the neighborhood admired his athleticism, leadership, compassion, and how he was always there for the little guy.  Especially me.  He was always upbeat, fearless and ready for adventure.

Bob left home like most of our heroes:  Eager, patriotic and determined. He spent two honorable tours in combat as a teenager, then a young man, before becoming morbidly sick with malaria, typhoid, and other unknown illnesses due to chemical exposure.  Slipping into a coma, our family was advised that he was not expected to survive.  I remember mom hysterical, crying, shaking, barely able to hold the phone.

Through prayer, luck, and dedicated medical staff, Bob came out of his coma, and immediately removed his yet undated toe tag. He was eventually shipped home weighing only 130 pounds, his yellow skin hanging off his 6′ skeleton. It was hideous.

Bob returned, but the brother we knew was gone, replaced by a shell of a man.

Instead of reveling in his shadow, he now was the shadow.

It took my brother many years to recover, and he has had to endure an entire lifetime of life-threatening physical maladies and multiple system failures from his exposure to Agent Orange, disease, and the psychological ravages of combat.  Until recently, we as a family cannot remember a time that Bob hasn’t been sick or suffering physically or emotionally since his service to our country over four decades ago.

His duty assignment today is battling Post Traumatic Stress Disorder, as he still endures the psychological scars of kills and destruction. Bob has never given up, he was never a quitter.  He’s at peace now and thankfully is blessed with the love of a good woman.

But, like many vets, my brother struggled to fully integrate into a society that spit on him, that takes our freedoms for granted.  He faces a society that still dismisses the challenges he and other veterans face each and every day, while half the population whines and feigns outrage over everything from school prayer to words that hurt their feelings.   Bob, like many of our heroes, struggles with an inefficient government-run healthcare system that has proven deadly, drowns in bureaucracy and regulation, while it laboriously rations out benefits, medical treatments and procedures, as if he was begging for something unearned.

Sometimes we lose our heroes in one tragic moment.

Other times we lose them slowly and tortuously over time.

Let us never forget their sacrifice. 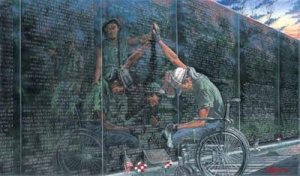